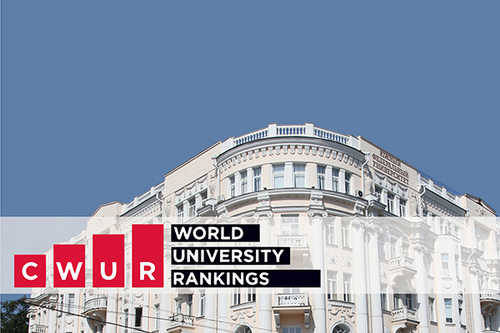 According to the Center for World University Rankings (CWUR), the Southern Federal University took 14th place among Russian universities and 1489th place in the international ranking, which allowed to enter 7.5% of the world's leading universities.

18 Russian universities are also included in the list of two thousand of the best universities in the world for 2019-2020. In the first place, Moscow State University, followed by the Moscow Institute of Physics and Technology (MIPT). Closes the top three St. Petersburg State University (SPbSU).

CWUR has been evaluating the world's leading universities since 2012. Since 2014, the organization has published a ranking of thousands of the best universities in the world, making it the largest academic rating of world universities.

CWUR evaluates universities by seven objective and reliable indicators. Each indicator is given a normalized number of percent of which the overall assessment of the university is formed. In particular, the quality of education is measured based on the number of graduates awarded major international prizes, awards and medals, in proportion to the size of the university (25%). In addition, they look at the demand for graduates of educational institutions in the labor market: it is estimated by the number of graduates who have occupied leadership positions in the largest world companies, in proportion to the size of the university (25%). The quality of the academic staff is evaluated by the number of participants who have received major international prizes, awards and medals (10%). The level of scientific activity is measured by the number of scientific papers (10%). At the same time, the quality of publications is assessed: according to the number of scientific papers published in leading publications (10%). Scientific works are taken into account in assessing the authority of universities, as well as their citation: by the number of works published in authoritative journals (10%), and by how many of them have a high citation index (10%).