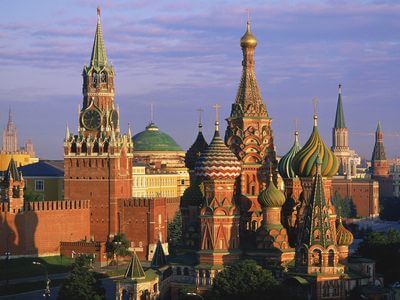 Russia, officially known as the Russian Federation is sovereign country located in Northern Eurasia. Russia is the largest country in the world covering more than one eighth of the land area. Moscow, the capital city of Russia is one of the largest cities of the world. The country shares its borders with Norway, Finland, Estonia, Latvia, Lithuania, Poland, Belarus, Ukraine, Georgia Kazakhstan, China, Mongolia and North Korea.

Russia is a permanent member of many big organizations including United Nations Security Council, the G20, the Council of Europe, the Asia-Pacific Economic Cooperation (APEC), the Shanghai Cooperation Organization (SCO), the Organization for Security and Co-operation in Europe (OSCE), and the World Trade Organization (WTO), as well as being the leading member of the Commonwealth of Independent States (CIS), the Collective Security Treaty Organization (CSTO). Russia is also one of the five members of the Eurasian Economic Union (EEU), along with Armenia, Belarus, Kazakhstan, and Kyrgyzstan.

The education system of Russia has made a mark in terms of infrastructure, technology and quality of education. At present, Russia is one of the top destinations for international students who want to pursue their higher studies in medical and science abroad. The medical universities of Russia are well recognized all over the world.

Education in the Russian Federation is a wide choice of promising specialties, unique experience, and world-wide recognized diplomas. Russia has so many international treaties on the recognition and equivalence of documents on education, as no country in the world has.

Annually more than 200 000 people from 168 countries come to study at Russian universities. Education in Russia has many advantages.

Natural and scientific education in Russia is one of the best in the world. Russia occupies a leading place in the level of training of mathematicians, physicists, chemists, geologists, doctors and specialists in many other areas.

Russia has a high theoretical level of education, good fundamental training and ensures success to the graduate in the professional field.

All the medical universities of Russia are accredited by the world’s major organizations like WHO, UNESCO & Medical Councils of many countries like U.S.A, U.K, Middle East, India, etc. The complete duration of MBBS in Russia is 6 years in English medium. But if a student wants to study in Russian medium, the duration of MBBS in Russia is 7 years which includes 1 year as Russian Language Training.

Among the graduates of Russian universities - the presidents, heads of parliaments, ministers, well-known public and political figures, prominent scholars of almost all states of the world.

Russia not only is a great destination for students, but also a beautiful country to be visited as a tourist. The cost of living is very affordable for international tourists. The people of Russia are very friendly and helping. Being a large country by area, Russia has diverse climatic conditions in various regions.

- Universities on the map -