Participation of foreign students in the festival “WE ARE” 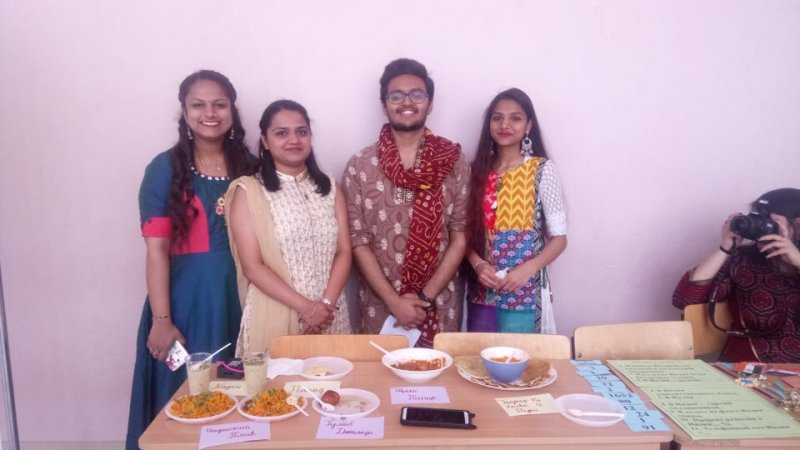 On May 29, 2019, the third inter-university festival of foreign students of the city of Perm "WE ARE" was held for the third time. The festival was organized by the Perm State University.

The festival began with a meeting in the botanical garden of PGNU, where for students from different universities they took part in planting a tree - a symbol of friendship between different countries. Our university was represented by two 4th year students from India - Nafisa Hakue and Ratnam Mani, and a 1st year student from Ghana - Abudu Mustafer Sheriff.

Meanwhile, the second part of the festival, an exhibition of national cultures, was already in full swing. Children from different countries designed stands with information about national clothes, food, symbols, holidays, traditions and attractions, laid tables, hung beautiful national clothes. At the exhibition it was possible to get acquainted with the cultures of different countries: Iraq, China, Nigeria, Thailand, Georgia, Azerbaijan, Uzbekistan and India. There were fun games and master classes, and lessons in different languages, and even dances and songs. On the site devoted to the culture of India, several master classes were held.

At one of the master classes, the guests were given the opportunity to get acquainted with ancient Indian art - mehendi. Indian students carefully deduced intricate patterns, everyone was happy with the result! A masterclass on putting on saris was held nearby, during which you could learn the history of this national dress, try to dress in this beautiful outfit and feel like a real Indian! Almost like a Bollywood movie!

Also, anyone could learn to speak a few phrases in Hindi and even write their name in this language! Indian students treated the guests of the festival with national dishes: pilau - biryani, paneer; sweets - gajar, halva, gulab jamun; national wheat tortillas - puri, papad, and guests gladly thanked the children in Hindi - "dhanyavad"!

Other guys presented to the guests the beauty of the culture of their homeland through dances and songs. Preparation for the concert was more than two months and this work gave excellent results! The program of the concert included melodious songs in Azerbaijani and Turkish languages, listening to incendiary Russian chastooshkas, getting acquainted with Komi-Permian musical traditions, and seeing Arabic, Caucasian and Bashkir dances. The concert featured 30 rooms, 10 of which were prepared by students of the medical university.

At the end of the festival, a competition was held for the best exhibition dedicated to the culture of their native country. According to the results of the competition, the medical university won with a platform in India!

All participants of the festival were awarded with letters of thanks and gifts.

Another event helped children from different countries to get to know each other’s culture better. According to the students, they learned a lot of new things and found new friends! And they want to speak more!

The dance numbers of the festival were prepared under the direction of Svetlana Milovanovoy, the head of the Natrang Indian student club. The interactive platform and the preparation of vocal numbers was held under the direction of Anastasia Nikolaevna Kalutskikh, a teacher of Russian as a foreign language, head teacher preparatory courses for foreign citizens dean of FDOPIO.

Department of Russian as a Foreign Language