Linguistic quest for foreign students was held at MarSU 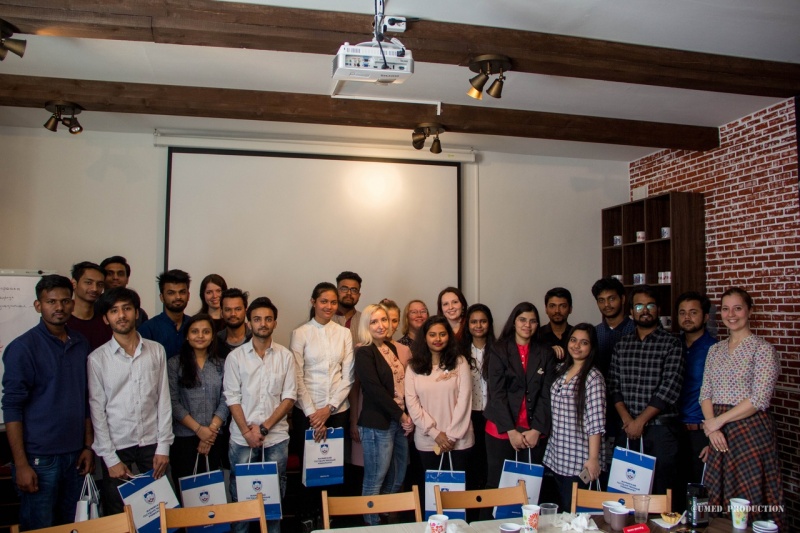 Interesting assignments and thematic platforms based on the Russian folk tale "Kolobok" were prepared for its participants.

Last Saturday, on the 6th of April, on the eve of the Week of the Russian Language and Literature, a linguistic quest based on the Russian folk tale "Kolobok" was held at the Mari State University. Participation in it was attended by students from India, studying in the first year of medical school. Significant support in organizing and carrying out the quest was provided by students of the pedagogical department, who proved themselves worthy of being volunteers mentors.

The main purpose of the event - to test the knowledge of the basics of the Russian language - organically combined with the participants' acquaintance with Russian culture and its traditions. Divided into 5 teams, students had to go through the “path” of Kolobok and “save” him from the fox. Each team not only met the heroes of the fairy tale “Kolobok”, but rather successfully coped with the tasks: they sang songs and guessed riddles, described fairy tale characters, and also showed knowledge of Russian cuisine and folk dances.

In each location, teams received not only points for completing assignments, but also letters, from which they eventually collected the word - a bonus of the event, a kind of thanks to the kolobok for his salvation - gingerbread!

After the end of the game in the co-working center, the results were summed up and the winners awarded first, second and third degrees were awarded. All participants in the quest also received certificates and souvenirs from MarSU.

The linguistic quest based on the Russian folk tale "Kolobok", according to the organizers and participants, was a bright, dynamic, intellectual event, contributing to the unity and unification of representatives of different nationalities of the friendly team of MarSU.

"In fact, we are very happy to be part of this event!" - Akshay Jain.