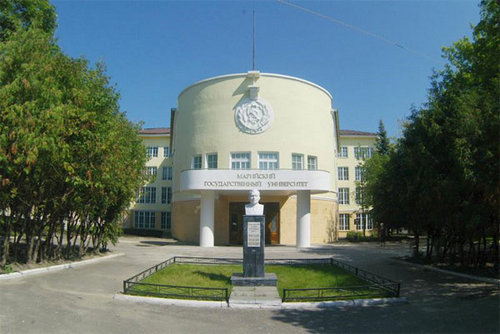 Mari State University is a higher educational institution, located in the city of Yoshkar-Ola of the Republic of Mari El. It was founded in 1972. Since 2008, the Mari State Pedagogical Institute named after NK Krupskaya entered the University. Since 2010 the Mari Agrarian College has been functioning on the basis of the University. The university conducts training in five institutes and six faculties. In April 2017, he became one of the regional core universities.