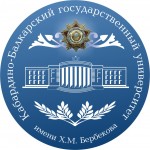 Medical Faculty of the Kabardino-Balkarian State opened its doors in 1966, and has provided training in two areas: Dentistry and Medicine. Graduates of the faculty of medicine passed postgraduate study in large medical universities of Russia under the program of continuous medical training.

In 1966, by the Federal Council of Ministers 4.03.66 №3131-4054 ​​and the Order of the Minister of Higher and Secondary Special Education of 25.03.66 in Kabardino-Balkaria State University, the Faculty of Medicine with a specialty "Medicine" was opened (040 100), which provides training general practitioners.

Over the years the faculty has trained more than 5,500 doctors, who work successfully not only in the Kabardino-Balkarian Republic and the Russian Federation, but also in the CIS countries, in Syria, Jordan, Pakistan, India, Yemen, Israel, Spain, the Netherlands, USA, Germany, Poland and other countries.

The faculty trains specialists in two main areas: "Medicine" and "Dentistry". Since 2010, the training is conducted in the specialty "Nursing". On the first specialty is training general practitioners in internal and childhood diseases, surgery. Graduates of this trend may choose a narrow specialization: ophthalmologist, traumatologist, pediatrician, obstetrician-gynecologist, etc. At the dental department preparing doctors, dentists- therapists, dentists- surgeons, dentists- orthopedists. In the third specialty is the preparation of nurses managers. All graduated from the faculty necessary throughout the year to specialize in clinical internship or a two-year residency. The faculty provides students with in-depth program to learn foreign languages ​​and computer technologies.

The faculty conducts educational activities, but the main educational programs of preparation of bachelors, specialists and masters in accordance with the requirements of the GOS and the GEF.

The Faculty of Medicine is working 122 staff: 28 doctors, 8 of them are part-time, 109 associate professors.

In the educational process the new information technologies  and modern computer technology are widely used .

Students have the opportunity to use the computer interactive programs:

The medical and biological center is opened with the laboratory of the human, animal and plant genome. He has the unique equipment that has no analogues in the South of Russia. The Center conducts research on the population-genetic characteristics of the indigenous peoples of the North Caucasus. The study of the ethnogenomics of the indigenous peoples of the North Caucasus allows the research of genetic risk factors of a number of multifactorial diseases, associated with the phenomenon of DNA polymorphism, which were essential to early prevention and individual approaches to drug therapy.

The university has accumulated considerable material for research in the field of gerontology. Currently under the joint work on the opening of the Kabardino-Balkarian State on the basis of the new geriatric center.

Doctors are actively cooperating with scientists from Germany, the USA, Turkey, Syria, Jordan, the United Arab Emirates and other countries. Widely used and the possibility of "telemedicine" university center. Thus, the participants carried out at the university international conference of physicians have the opportunity, while in the Kabardino-Balkarian State, watching on the Internet over the course of the operation in Germany.