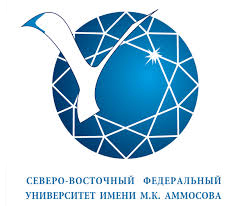 North-Eastern Federal University named after MK Ammosov is one of 10 federal universities in the country that are focused on solving geopolitical problems and meeting the human resources needs of large inter-regional investment projects.

The NEFU was officially established in April 2010 on the basis of the Yakutsk State University named after M.K. Ammosov, a university with a 75-year history.

University named after Maxim Kirovich Ammosov, prominent statesman, an outstanding son of the Yakut people, one of the founders of the state of Yakutia and Kyrgyzstan.

The teaching staff consists of 1592 people. (With external part), including 1360 basic staff. Total - 191 doctors and 873 candidates of sciences.

The University has a well-developed infrastructure of scientific and educational complex has modern equipment for the development of basic and applied research.

Material and technical base NEFU includes 40 educational and laboratory buildings, a cultural center "Sergelyakh lights" Nohtuysky ground, athletics arena "Youth", swimming pool "Dolgun" ski base, the power plant network "Sergeleeh". One of the major components of the campus are modern, comfortable dormitories total floor area of ​​88340 square meters, furnished in accordance with modern requirements. For non-residents and international students to create a comfortable living environment and education, as academic buildings are within walking distance of the campus.