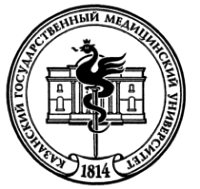 The university was founded in 1814. Since then, it has produced thousands of specialists, among them - a few dozen academics. 8 faculties are organized for training.College of Pharmacy also operates at KSMU. University graduates can take an internship, residency, postgraduate and doctoral studies; total - more than a hundred programs for different specialties.

Currently, Kazan State Medical University is part of the system of higher education and scientific research of the Russian Federation Ministry of Health.

The supreme body of self-governmentof the  KSMU - Academic Council, acting on the basis of the Charter of the University.

KSMU conducts educational activities in accordance with the license and certificate issued by the Federal Service for Supervision in Education and Science. The quality of the implemented programs is accredited and meets the standards and criteria of social and professional accreditation, comparable to the European standards of quality assurance of ESG-ENQA education.

According to the latest rankings of world universities with site NRA "ReytOR" KSMU is among the leaders in the scientific and publication activity in the 35 place among all universities in the country and on the 3rd place among the medical schools and 24 place in the "TOP - 38" best Russian regional universities.

Training of Specialists in KSMU is carried out in 9 specialties at 8 faculties: medical, medical and preventive, dental, pediatrics, social work and nursing higher education, pharmaceutical, biomedical, and to work with international students.

In 2011, we launched a major educational programs "Medical Biophysics" and "Medical Biochemistry". In 2013 it carried out the first set on a bachelor in "nursing."

All graduates of the university have the opportunity to undergo training in the chosen specialty at the university for 28 internship programs , 41 - post-graduate courses, 5 - doctoral studies. The number of additional vocational education programs increased 1.5 times. All graduates are employed and have the necessary competencies to perform professional tasks and sustainability in the labor market.

Kazan State Medical University conducts targeted training of medical personnel in various specialties for the 12 region of the Russian Federation. Trained more than 700 students from 53 countries.

On the basis of KSMU is functioning Medical and Pharmaceutical College, provides training for secondry-vocational education.

Equipped with the most modern equipment,  actively working the Central scientific Research Laboratory, has its own bank of stem cells. Established scientific and educational center "Molecular and Cellular Medicine", "Fundamental and Applied Neurophysiology", "The development of new drugs and delivery systems of the drug substance."

The university has created and effectively operates a system of rating evaluation of the activities of the departments and teachers.

Since the late XIX - early XX century, two periodic scientific and practical publications are published: "Neurological Bulletin" and "Kazan Medical Journal." Since 1934 the newspaper "Kazan Medical" is published in the university. Since 2011, published a student magazine «Doctor +», and in 2012 - "Journal of Modern Clinical Medicine".

Kazan State Medical University headed by the scientific and educational cluster (Resolution of the Cabinet of Ministers of the Republic of Tatarstan from 6.07.2011 №546 «On creation of scientific and educational cluster State Institution of Higher Professional Education" Kazan State Medical University "of the Russian Federation Ministry of Health and Social Development"), on the basis of who will decide planning and training of health personnel in the republic, building a single system from secondary vocational education to the first job, i.e. It carried out the whole complex of measures for the maximum adaptation of the learning process to the realities of the modern health care system in the Republic of Tatarstan and the Russian Federation.

The university is actively developing material-technical, informational, social infrastructure. All units have access to the Internet, embedded electronic document circulation.

Students receive medical care in the health center of the University, Where there is a reception by therapists, dentists, and in the period of clinical examination - by all specialists, employees of profile departments.

The university has created all necessary conditions for the development, training and accommodation of students. There are 6 dormitories, including a dormitory of medical-pharmaceutical college.

Students KSMU permanent winners of competitions, contests, sporting events. In 2014 KSMU won two nominations - "The University of the Year" and "Student scientific organization of the year" 10th Annual "Student of the Year" student award, the Grand Prix at the International Festival of Arts of medical students and medical professionals. In April 2015  won the 3rd All-Russian student competition in the practical medical training "Golden MedSkill".

For sports there are gyms, ski center, fitness camp "Medic". KSMU established sports club that combines ice hockey and football clubs, sections 16, a support group of KSMU "Adrenaline", a club of fans of aeronautics "Tulpar" and the diving club "Bentos". At all hostels there are sports grounds. The existing sports facilities provided in 2012 KSMU victory in the All-Russian contest "The university of a healthy lifestyle."

Kazan State Medical University is actively working with non-governmental organizations. Organized interaction with the public organization "League graduates of KSMU", which was created and developed with the assistance of the University and brings together graduates of KSMU different years. The trade union committee of employees and trade union committee of students - two primary trade unions established at the university. Actively participates in all public organization of veterans processes. Student unions: "The club honors KSMU" student labor groups, volunteerism "Our Choice," "The volunteers of the Universiade." In the days of "Universiade-2013" students volunteer medical profile to work in the following functional areas: "health care" (471 persons) and "drug control" (117). In addition, 150 students of KSMU participated in the "Universiade 2013" as part of a support group of the Russian team, as well as 28 people in such areas as: attache person Universiade city volunteers, etc. Students, interns and residents KSMU who worked at the Olympic Games in Sochi, was highly appreciated by the Organizing Committee "Sochi 2014". KSMU participated actively in the preparation and holding "the FINA 2015".